Strona główna Doc Lab Poland Extended call for CEDOC MARKET. The co-production market will take place online
UDOSTĘPNIJ
Facebook
Twitter
Due to pandemic difficulties, the call of projects for CEDOC MARKET (Central European Documentary Co-production Market) – co-production market Doc Lab Poland, held as part of KFF Industry during the jubilee 60th Krakow Film Festival, was extended to April 15. Due to the health and safety of participants, meetings at this year’s market will be held online.
Despite the difficult and uncertain situation, we are working on CEDOC MARKET, which is the only co-production platform in Poland addressed to documentary film producers, with ongoing enthusiasm and energy – says Agnieszka Rostropowicz-Rutkowska, market manager. – We will make every effort to ensure that despite the unusual online formula, the participation of projects in CEDOC MARKET was no less fruitful and developing for participants than in previous years.
Details on the organization of this year’s edition will be soon available on the websites www.doclab.pl and FB Doc Lab Poland. The time when the event will be organized remains unchanged: it will be the first week of June 2020. The formula of individual, previously arranged meetings will be kept, but they will be transferred to the virtual space.
CEDOC MARKET is targeted at producers of documentary projects at the development stage or at the early stage of production. You can also apply to the event without a project, and participation is free of charge. CEDOC MARKET is part of the DOC LAB POLAND program and takes place as part of the KFF Industry during the Krakow Film Festival. Previous editions of the event featured productions such as „Wika!” Agnieszka Zwiefka, „Diagnosis” by Ewa Podgórska, „Pollywood” by Paweł Ferdek, „The Village of Swimming Cows” by Katarzyna Trzaska, „An Ordinary Country” by Tomasz Wolski, „Opera about Poland” by Piotr Stasik and „The Last Expedition” by Eliza Kubarska.
The application form can be found HERE.
Detailed information on CEDOC MARKET can be found HERE. 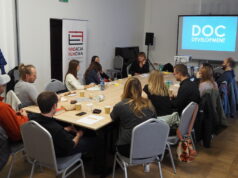 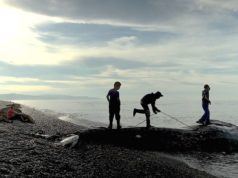 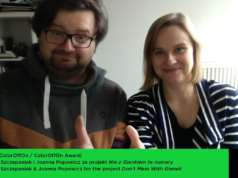