DOC LAB POLAND is the most important initiative of the Władysław Ślesicki Film Foundation. The Foundation focuses on training and development programs, mainly concentrated on documentary films, film production and promotion of Polish cinema. One of the goals of the foundation is also popularising films of Władysław Ślesicki, one of the most renowned Polish documentary filmmakers of the ‘50s and ‘60s.

The founders: Adam and Katarzyna Ślesicki, while working for many years for Wajda School & Studio, have produced dozens of documentary films, awarded at international festivals, including Oscar nomination. They have also run training programs for emerging producers and documentary directors.

Our mission is to strengthen the position of Polish, especially feature documentary films on the international market. We believe this goal can be achieved by linking high artistic values with the audience-oriented approach. 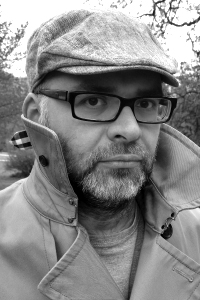 Founder and president of The Władysław Ślesicki Film Foundation; head of DOC LAB POLAND – training and pitching program for documentary filmmakers; producer or executive producer of documentary movies, including the Oscar nominee ‘Joanna’ and the EFA nominee ‘Paparazzi’. Board member of Producers’ Section at Polish Filmmakers Association.

Born in 1973, in 2001-2015 worked for Wajda Studio and Wajda School: as deputy program director (since 2011), as executive producer and Documentary Program coordinator (since 2009), as head of promotion & PR (2005-2010), as well as head of 9 editions of SCRIPT PRO – the biggest Polish Screenwriting Competition (first 5 editions named Hartley-Merrill Scriptwritng Contest).

Filmography as the producer or executive producer (Wajda Studio):

Kolaudacja [This Film Has Been Approved] – a set of shorts, 2014 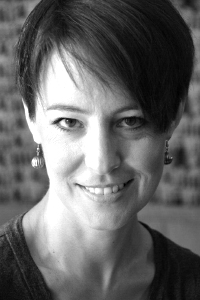 Producer of films, programmer and coordinator of training and cultural events. In years 2001-2015 working for Wajda School and Studio, for 10 years as Executive Director and Board Member at both Wajda School Foundation and Wajda Studio (2005-2015).

She created and run for 5 years the Creative Producers’ Programme at Wajda School, a training for up and coming professionals in film production.

She produced numerous films, many of them screened and awarded at most important festivals, such as: Locarno FF, HOT DOCS in Toronto, Rotterdam FF or Berlinale.

When I Am a Bird, dir. Monika Pawluczuk, documentary, 2013

What it’s Like Being My Mother, dir. Norah Mc Gettigan, fiction short PL/IRL, 2007 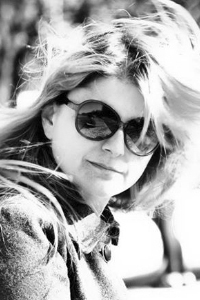 DOC LAB POLAND coordinator and documentary films lover. She is an experienced cultural events organiser – she has produced and promoted National Audiovisual Institute (NINA) events and before worked for Contemporary Art Centre (CSW) and its Kino.Lab Cinema. She has also organised numerous cultural events in the most popular Warsaw clubs (Powiększenie, Chłodna 25, Plan B, Kosmos Kosmos, Kurort) as well as for music and film festivals (such as Film Festival Watch Docs). She is dedicated to promotion of Polish documentary by organising series of public screenings, for example: ‘You can’t find it on torrents’ – together with a journalist Anna Serdiukow or ‘Decalogue today – survive in the city’ – together with dr Iwona Kurz from the Warsaw University Polish Culture Institute. 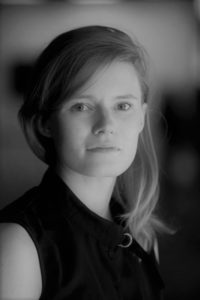 Festival and Marketing strategist. She has been working for Wajda School & Studio for 9 years. She co-run many promotional campaigns for short fictions and documentaries, such as Oscar campaign for „Joanna” by Aneta Kopacz or EFA campaign for „Paparazzi” by Piotr Bernas and EFA Winner „Communion” by Anna Zamecka in 2017, “Zhalanash” by Marcin Sauter in 2018 and “Acid Rain” by Tomek Popakul in 2019. Since 2015 she also run her own company Fine Day Promotion, where she supports documentary filmmakers with marketing and festival strategies for their projects. She has been working with many independent documentary and fiction projects, such as „Call Me Marianna” by Karolina Bielawska, „Hugo” by Wojciech Klimala, „Symphony of the Ursus Factory” by Jaśmina Wójcik and currently with feature fiction project „Marygoround” by Daria Woszek (World Premiere at SXSW 2020). She graduated from EPI Distribution 2.0 and EAVE Marketing Workshop.

Kiedy będę ptakiem / When I Am A Bird , dir. Monika Pawluczuk2013

Moj dom / My House Without Me, dir. Magdalena Szymków 2012 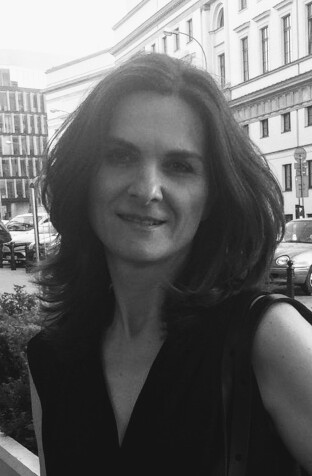 PR and Culture manager. An intellectual property law specialist in the Law Offices of MKZ Partnerzy. She has been working for DOC LAB POLAND for 4 years. Previously she worked as a culture journalist in one of the biggest Polish newspaper „Rzeczpospolita”, where she founded and maintained the Cultural Online Service. At that time Edyta has been working with the Polish Film Institute to promote Polish young cinema. She published articles for magazines: „Przekrój”, „Sukcesem”, „Zwierciadło” and Weekend Gazeta.pl, where she also worked as an editor. She graduated from the Faculty of Law and Administration at the Warsaw University (specialization copyright and financial law), Faculty of Journalism and Political Science of University of Warsaw, Digital Media Production – the Film School in Lodz, as an auditor student participated in the Creative Producers Programme at the Wajda School.